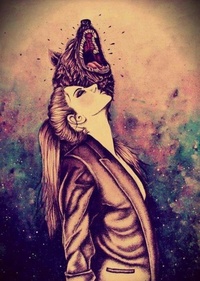 Three long ice cores have been drilled and extracted from the East Antarctic ice sheet: the EPICA Dome C, Vostok, and Dome Fuji cores. Secular scientists have assigned ages to the bottoms of these cores: 800 thousand, 400 thousand, and 720 thousand years, respectively. Now, six international teams hope to drill a fourth deep ice core in East Antarctica, one with bottom ice labeled as 1.5 million years old. Because of concerns over global warming, they hope that gas bubbles within the ice will yield information about past amounts of atmospheric carbon dioxide in the supposed prehistoric past.1

Of course, creationists think these age assignments are greatly inflated. Nevertheless, for reasons explained below, creation supporters should hope (and perhaps even pray!) that scientists successfully obtain at least one more long East Antarctic ice core.

The ideal place to drill an ice core is at a geographical feature called an ice divide. Ice on one side of the divide flows one way, and ice on the other side flows the other. In theory, the ice at the divide itself will neither move to the right nor to the left, but straight down. Stresses in the ice cause layers in the ice to become thinner over time. If layers are visible in a core, they will hopefully show a simple layer-cake or pancake-like pattern, one which will make analysis of the ice core easier. Unfortunately, there are sometimes complications, such as folding of the ice, that make the analysis more difficult.

High winds and relatively low snowfall rates in East Antarctica prevent the formation of clearly-defined layers in the ice.2,3 For this reason, secular scientists are heavily dependent on theoretical age models to date these ice cores. Their models implicitly assume that the ice is millions of years old. Scientists calibrate the models using the Milankovitch (or astronomical) ice age theory, even though evidence for that theory is extremely weak.4,5

Of course, creation scientists cannot see annual layers in the Antarctic ice, either. So is there a way to tell whether this deep Antarctic ice is just a few thousand years old, or many hundreds of thousands (or even millions) of years old?

Yes, there is. Physical markers, such as volcanic ash and debris (tephra) from short, explosive volcanic eruptions make it possible to see whether the creation or the secular model is more reasonable. If uniformitarian age models assign way too much time to the ice cores, as creationists argue, then those models can imply that tephra layers deep within the ice were deposited over ridiculously long amounts of time. For example, a simple age model for the Dome Fuji core implies that one tephra layer (thought to have originated from a volcano nearly three thousand miles away) was deposited on the ice over a period of about five years.6 That is an awfully long time for ash fallout from a single volcanic eruption!

Also, uniformitarian age models assign nearly all of this supposed time (about 85%) to the bottom halves of the cores. So although secular timescales are inflated in both the upper and lower portions of the Antarctic ice cores, they are especially inflated in the bottom sections. These inflated bottom ages should consistently cause a dramatic apparent decrease in the frequency of tephra events deep within the ice cores. Such a pattern has already been observed in the other three East Antarctic cores.4,7 Such a decrease in frequency is surprising if “the present is the key to the past,” but it is the logical, predictable result of a grossly inflated secular timescale.

The possibility of another long ice core from East Antarctica should excite creationists because it gives us an opportunity to test whether the old-Earth or young-Earth timescale is more reasonable. I predict that, if these teams are successful in obtaining an undisturbed fourth long Antarctic core, one with assigned ages comparable to or greater than the other three cores, this same decrease in tephra frequency will show up in that core, too.

Secular scientists routinely use data from deep ice cores to draw conclusions about past climate change and to make predictions—usually ominous—about future climate change. But there is good reason to think that these predictions are flawed, as I discuss in The Ice Age and Climate Change: A Creation Perspective. How seriously can we take these predictions, just for starters, if the timescales for the ice cores are completely wrong? This is just another example of how the origins debate has tremendous implications for our everyday lives and for many present-day controversies. What you believe about the past definitely affects how you view the future.
https://www.icr.org/article/new-ice-core-contain-creation-evidence/
Share this post on: